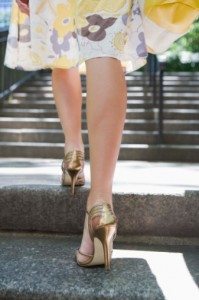 “Have a bias toward action – let’s see something happen now. You can break that big plan into small steps and take the first step right away.”

Before I started Ying & Yang Living, I knew I wanted to promote healthy living and start a company around this interest, but felt initially overwhelmed by how I was even going to start.  Almost 2 years later, I can say I’m doing it because I took the first step, which felt like a giant leap of faith.

Have you ever wanted to do something and felt overwhelmed by a goal, event, situation or a task and then you felt paralyzed by it, which resulted in inaction and found yourself regretting it later in life?  Whether it’s losing weight or finding a fulfilling job or meeting a partner or starting a new company, often times, these goals can seem unreachable and impossible.   While no one said it would be easy (otherwise, everyone would then be doing it), there are ways to manage the overwhelming feeling.

Overthinking and Predicting the Future

Don’t over think.  You may calculate all you want, but over thinking will never get you started.  Coming up with endless stories and what if’s will just spin your thoughts into a never ending loop and only put you in a limiting mind frame, which causes fear and anxiety, and you will never get started. Also, do not try to predict the future. Nobody knows the future, even what’s going to happen 1 day from now, so don’t waste time and energy trying to predict it.  Be prepared to take measured risks and have the courage to do so, knowing that sometimes risks don’t pan out and it’s part of the process of learning and growing. 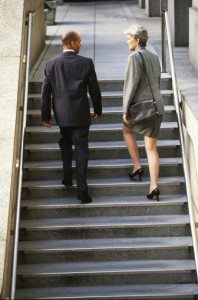 Don’t dwell on the prospect of failure, which will easily paralyze you.  You have to be prepared for failure to have any chance of success.  If you learn from your failure, it is not a failure, but rather an invaluable education.  If you speak to any successful person, they will all confess that they have failed at some point in their lives (and even multiple times), but they will also tell you that never gave up, and that is the difference between success and failure.

Go at you own Pace

Take action at your own pace.  Find a balance between accomplishing your goals and doing it at the right pace for you.  If you race too hard, then you will set yourself up to burn out.  Often people who go on crash diets to lose large amounts of weight fall into this trap.  While they may lose a lot of weight quickly, they usually end up gaining it all back, sometimes even more, because they could not sustain the extreme lifestyle.  If they had lost the weight much more slowly and consistently, then they would have a much better chance at sustaining the change to their bodies, rather than burning out and gaining it all back, so it’s important to move at your own pace. 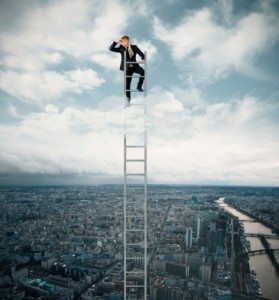 You don’t ever want to have regrets because you never tried, so take some initial steps if you think you’re serious about something.  If you find, during the process, that it’s not for you, then you always have the option to quit and you have not invested a lot of time and money.  By at least trying and taking some first steps, you will have no regrets later, which is probably one of the worst feelings.

While there are many steps to reaching a goal successfully, your first step will be the biggest one.  So have the courage and take your first step.  All subsequent steps will culminate into larger ones, becoming easier and easier and leading you on the track to fulfill your dreams and aspirations.  I took my first steps in founding Ying & Yang Living, and I am happy to report that, while my company is still in its infant stages still, I am finding this journey well worth taking with no regrets.

“Thoughts and Feelings: Taking Control of Your Moods and Your Life” by Matthew McKay