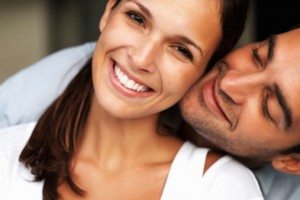 “You only lose what you cling to.”  ~The Buddha

I recently took a photography class, and became friendly with one of my classmates,  Staci, a 30-year-old pretty Hispanic lady.  When we took a class break and walked to Starbucks together,  Staci told me about her 4-year relationship with a man 7 years her senior.   Now 4 years later, she was very frustrated by his lack of commitment to her, as she wants to be married, have children, etc., so I urged her to give him a deadline.  While she responded that she would give him only another month or two, I have to admit that I was a little skeptical that she would do so because I have seen so many women and men cling onto bad relationships.  I reciprocated my story about a former bookkeeper, beautiful and smart, who stayed with a man  who cancelled their wedding and then made endless excuses to delay it, and yet she continued to live with him and take care of his teenage daughters on the days he had custody.  At the time, I didn’t have the heart to tell my bookkeeper that he didn’t want to marry her because I knew that she wasn’t ready for the truth.

I hear too often about women and men who cling onto bad relationships out of fear of being alone.  And when their partner does not commit, they make endless excuses: “he’s busy with work,” “she’s going through  a lot right now,”  “he’s taking care of his mother,” etc. etc.   I hate to break the bad news, but usually the real reason is that he/she is just not that interested in you, and your partner is just being passive and lazy about the break-up.  Knowing that the likelihood of the situation is not going to change, we still hold onto the unrealistic glimmer of hope that the he/she will “come around.”  Yeah, we can all hope to win the lottery, but it ain’t gonna happen.

Instead of looking at the glass half full that the right person is out there, we are looking at the glass half empty that we will find no one else.   Due to our lack of self esteem and confidence, we act out of fear that no one else will want us, so we hold onto someone that is not right for us.   As the Buddha said, it is only a loss when you cling onto it.  Why would you ever cling onto some one or think that it’s a loss to release a partner who is not right for you?  In fact, freeing yourself from the wrong partner would only be a gain because you will be saving yourself from future pain and agony: when you have kids and merged every aspect of your lives, it becomes really messy when the relationship does not work out.    Recognizing and freeing yourself now from the wrong partner is a blessing in disguise. 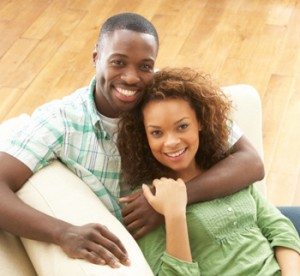 Then how do you determine whether the person is right for you?  There are many red flag signs, but we often ignore them.  We hear it in our gut, but we refuse to listen and take our own internal advice.    The first obvious red flag is that he/she does not want to commit after you have invested considerable time in the relationship.   You know when you have invested enough time in the relationship, so if he/she is not committing after such time period, then he/she is not right for you–it’s that simple. If you are still uncertain,  I would set a time deadline for a commitment to take place.  While it is never a good idea to “extort” someone into a commitment, this method will let you know if he’s really serious about you, and I would use it as a last resort.

The second big red flag is when your partner makes all kind of excuses about delaying the marriage, kids, etc., because when someone is genuinely interested, he/she will find and make time for you and your relationship — NO MATTER HOW BUSY.   I stress “no matter how busy” because when you become their number one priority, they will put everything else second.  If you are just dating and have not made a monogamous commitment, there are also signs: usually there are those last minute date cancellations that seem suspicious or you usually end up calling them to make plans or just to say hello.  Uninterested dates do not make a lot of effort in calling or seeing you and make you feel like a second class citizen.  If you feel like this, it’s not a good sign.  Letting go is your best option, which allows you to move forward knowing that there is someone who deserves you.

So, if you see these signs, seriously re-evaluate whether your partner is right for you.  If you listen with your gut, not with your head,  the answer will come.   When you close the wrong relationship chapter, a better one will open!  It is only when you let go of the bad that the universe will show you the way to the good!  And know in time that your “loss” will become your gain.  So, learn to let go, move forward, and you will find the man or the woman of your dreams!

“Let. It. Go.: How to Stop Running the Show and Start Walking in Faith” by Karen Ehman

“How to Let Go – Letting Go, Being Carefree and Releasing Attachment” by Broderick Boyd