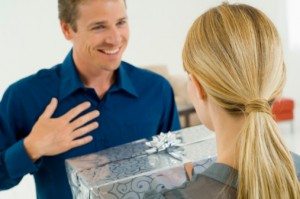 I can recall multiple times when I have received knocks at my door, and there standing are two Korean Christian missionaries dressed to the teeth with brochures in hand.  They do their “sales pitch” and urge me to join their church.  They are relentless.   For these two ladies who took out a whole day to convert the non-convertibles, I know they truly believed in their message and mission.  Last time, the door knocked, I made it clear that I was not open to their solicitation and that they were just wasting their time.

I normally shy away from discussing religion, as I  believe that this is a very personal choice, and realize that it can be a very sensitive topic for most.  But Dalai Lama’s  kindness as religion really cuts through all the religious  mumbo jumbo dogma.  Many times when I speak with avid church goers who are adamant about their church, their motto seems to be “their way or the highway.”   This is why, over the years, I have always been skeptical and hesitant to join any organized religion.  By no means am I saying that all religious organizations/institutions are bad; far from it, many do very good and charitable work.

What has also turned me off to religious institutions in the past is that too often hypocritical religious leaders stand up at the pulpit professing love, good values, compassion, etc. only to find out that, behind closed doors, it is a different story:  a family member  of mine attended a church where the reverend was having an affair with a church member, not to mention that he and his mistress both were married and had children.  The ultimate betrayal of trust and faith, this can truly taint someone’s view of religion.   Needless to say, we have also seen religion used to  justify and carry out bad behavior, i.e. acts of terrorism, in both small and large scales. 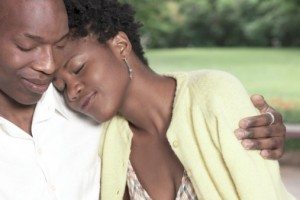 What the Dalai Lama recognizes is so profound: that the core and fundamental value of religion is kindness; it’s that simple.  If we just show kindness, we are in essence practicing religion in the deepest level.  And he recognizes that all religions carry universal truths of kindness, love and compassion, which make them have more in common than differences.   HIs message is that you do not need to attend church or listen to religious punditry to have genuine religion in your life.  The key is to focus on kindness and compassion.   Now, if it’s your personal choice to partake in a more formal religious path (attending church, studying the bible, etc.), then by all means do so.  This is a personal choice that should be respected.   My family and I grew up agnostic, but my sister So became Catholic and baptized when she was 30. For So, she found her calling in Catholicism later in life, but she came to it on her own, knowing that it was the right personal choice for her.  We do not judge her, nor does she judge other religions just because she’s Catholic.  In fact, So is a huge fan of Buddhism and has mailed me books on Dalai Lama, et al.

Instead of trying to evaluate and dissect all the religions, a very good start would be to simply act kind without any conditions or expectations of anything in return.  Just by doing this, you will see how people become more recipient to your words because now they trust you and therefore value your opinion. It is only when you receive respect that anyone is open to listening, but just ranting about your religion will never gain someone’s ear and time.  If someone wants to join a church, they will do so in their own time, knowing that they made the right decision for themselves.  By taking away the focus away from religion and just practicing kindness,  we will see immeasurable positive difference in ourselves and in our world.

If the Korean missionaries could have spent their time volunteering for a soup kitchen instead of showing up at random homes, this would have yielded much more productive results.   Next time they knock at my door, I will provide the kindness of letting them know that while their efforts to promote their church message is admirable, they should, instead, just do acts of kindness.  So, be kind and you will be the most religious person on the planet–in a good way!

“The Art of Happiness, 10th Anniversary Edition: A Handbook for Living” by Dalai Lama