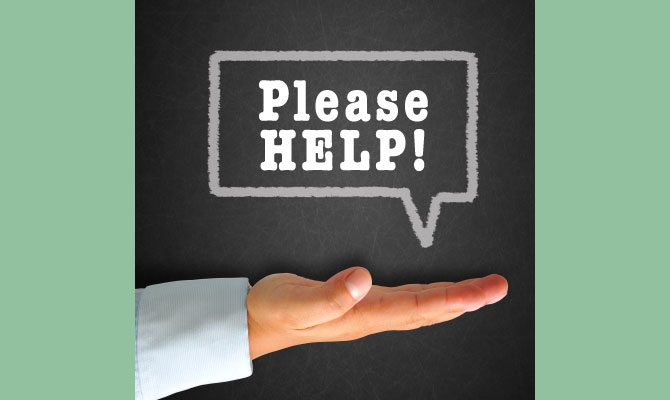 “When another person makes you suffer, it is because he suffers deeply within himself, and his suffering is spilling over. He does not need punishment; he needs help. That’s the message he is sending.” ~Thich Nhat Hanh

I had a single mother friend whose 14 year old son was acting out in very aggressive and rebellious ways.  Not only was he aggressive towards his mother and other kids, but he was even stealing from local retail stores.  She never reported his crimes to the police due to fear of what might happen to him. The absentee mom, who was endlessly working, never spent quality time with her son.  Her son’s aggressive and criminal behavior was his way of getting his mother’s attention.  The mother, due to her guilty conscience of the divorce, would just spoil him with gifts and money, making his aggressive behavior worse. Rather than gifts, the boy needed his mother’s love and presence, and his rebellious acts were a loud cry out for help.

None of us are immune to being verbally or physically (or both) abused by someone we know — whether it’s family, friend, co-worker, or even a stranger.  When someone is abusive — whether the person is aware of it or not — it’s just their way of crying out for help, and the abuse is an act of frustration and desperation.  No different from a baby, the abuser is just crying out for help.

There are different levels of cry.  In the case of my friend’s son, he started stealing and being aggressive with his mother and other children.  In extreme situations, in which we find abusers — whether teenagers or adults — explosively gunning down groups of people, it is the loudest way of crying out for help.  My heart is not only heavy for the victims and their families, but just as heavy for the perpetrator because the violence is the culmination of deep-seeded desperation. Unfortunately, in these extreme cases, we have no way of knowing whether the perpetrator could have been helped with therapy or other kinds of treatments.

While the question whether a person who is extremely violent can be helped is debatable, the real issue here is that the abuser really needs help, not punishment.  While a perpetrator should never be free to roam on the streets, punishment does not rehabilitate a person, but just confines their violence to a box, i.e, jail house.    The only chance at rehabilitation is through help, and whether the abuser is willing to accept that help becomes their choice.

In most situations, we deal with abusers who are verbally abusive, which is also detrimental because words have so much power.  I had a co-worker who was verbally abusive and found out later that he was an alcoholic attending AA meetings.   Someone in the office found a page on his laptop opened to an AA meet up.  We all knew he was nasty, but when I discovered that he was an alcoholic, I had more compassion for him because I realized that his alcoholism and abusive behavior towards others were his way of dealing with his inner sufferings.  While that does not justify being an office jerk, I commend him for seeking out help by going to AA meetings.

If we can understand the abuser’s hurt, we can have more patience and compassion, which brings a different energy to the situation.  When you create an energy of compassion and understanding, that becomes the foundation for the possibility of helping someone to change.  An open heart within ourselves makes the environment for the abuser to have an open heart  for themselves.  Just as war does not promote peace, being hateful and judging the abuser does not promote change in others.  Only compassion can provide an atmosphere that will allow the possibility of positive change in the abuser.

When I was able to show more patience and compassion to my co-worker, his energy shifted to a more positive reaction to me.  He was more mellow and nicer, though I can clearly see that he was very troubled and needed additional help.  Usually, when we’re dealing with co-workers and strangers, we do not feel it is our place to step in.  However, we do not have to take extreme steps to help someone who is in trouble.  The best way to help others without getting involved is by shifting our own energy to compassion because when energy connects to energy, through law of attraction, our positive energy will be received by others around us, who will then naturally shift their own energy to a more positive direction.

Remember that abusers are hiding behind their masks of violence, abuse, confusion and rebellion. The mask is to protect themselves from feeling the pain deep inside.  The only way that the mask can begin to come off is if they feel safe with the other person, so this is why we must show understanding and compassion.  In some cases, we can show compassion and the person still has their guard up, continuing to be abusive, which means that they are not ready for inner change.  When someone is not ready for change, just step back, keep a compassionate energy, and do a little prayer for them.

In other situations, you may  find yourself hating the abuser, which is natural, especially in situations where the abuse is extreme. Before your hate becomes stronger, remember that the perpetrator really hates him or herself much more than you can ever hate the abuser.  Their self hate is the reason why they have to abuse others.   So, again, we must maintain inner compassion for their self-hate, so that they may feel that energy and choose a different path for themselves.

At some level, we all have played the role of the abuser.  When we criticize or put someone down for no reason, we are the abuser.  On my YouTube channel, occasionally, I would receive the nastiest comments from total strangers on non-controversial how-to videos, like “how to use a bamboo steamer,” which always amazes me.  I always remind myself that such comments are coming from a viewer who is lost and needs to lash out on others to make themselves feel better for 2 seconds.  I practice compassion and do a little prayer that God will show them the way. Other times we take out our sufferings on the closest ones around us, because we take it for granted that they will always be there for us. When we abuse our loved ones, we are essentially “biting the hand that feeds us.”  So let’s be extremely mindful of how we are treating our closest members of our tribe.

At the end of the day, none of us are immune to suffering in this life. In Buddhism, the minute that we are reborn, we are suffering, which is called “samsara,” so we all share the same journey in this suffering.  How we choose to deal with our sufferings is where we find peace and a fulfilling life.  When we can have compassion for the abuser, we are actually healing our own suffering because our energies are all connected as one and the same.   We are all that homeless person, that CEO, that teacher, et al.   So next time you encounter an abuser, be mindful of patience and compassion, and know that you are really looking into the mirror of yourself.   When we only see a beautiful picture of others, in the mirror, we see a beautiful reflection of ourselves.