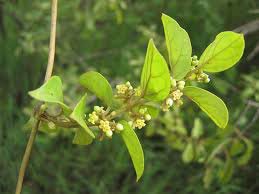 For anyone who’s fought the battle of the bulge before, you well understand the frustrations of being denied the delicious foods and flavors you love. Sometimes it seems like the most flavorful foods have the most calories, and you’re stuck gnawing on a carrot. This mindset of denying yourself certain pleasures leads so many of us to call it quits before we’ve met our goal.

Sometimes while dieting, it almost makes your cravings worse. As soon as you say to yourself, “I can’t have that,” you want it all the more. Whereas on a regular day you might not even think about a doughnut, as soon as it goes on your list of forbidden foods, it instead becomes a “forbidden fruit,” occupying your mind while your appetite seems to grow larger and larger – no matter how many vegetables you eat!

Thankfully, there’s good news for all of us trying to keep away from these fatty, sugary foods that tempt us so – and you can find it in the tropical forests of India. It’s a special herb known as gymnema sylvestre, and even if you don’t learn how to pronounce it, you should definitely learn what it can do for you. Gymnema has been used in traditional medicinal practices in Asia throughout the ages, for all sorts of ailments from diabetes to arthritis. 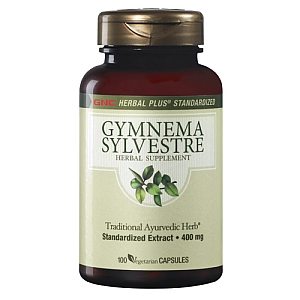 The key lies in gymnema’s usefulness for diabetes. This herb contains unique and rare kinds of acids in its leaves and roots that actually inhibit sweetness. So, chewing some gymnema can actually discourage you from eating sugary foods by temporarily dulling that pesky “sweet tooth.”

Not only does gymnema inhibit your taste buds’ ability to enjoy a sugary treat, but it actually seems to even make you less hungry – or at least fill up more quickly. In a Physiology & Behavior study, researchers tested subjects who were already running a caloric deficit – in other words, people who were dieting – and asked some of them to take gymnema an hour before a meal, while the others took none. Once they began eating, the first group ultimately ate less than the group who did not take the gymnema. 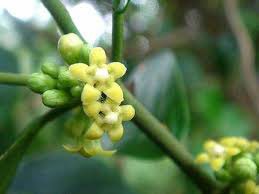 Gymnema may even go one step further in helping us lose weight – that sugar we do give our bodies may be absorbed in smaller quantities. A South Korean study of lab rats observed that rats given a gymnema supplement with their meal actually absorbed less sugar during digestion than those rats who were not given gymnema. Glucose, or sugar, is structured very similarly to the acids in gymnema, so when gymnema’s acids are received by the intestine, they effectively block the glucose from being absorbed. So, the exciting news is that even when we do give in to our cravings, gymnema can still help our bodies fight the battle of the bulge!