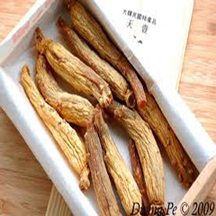 Though considered to be the universal heal-all, little know that ginseng is also specifically used to help increase lagging libido. Ginseng will give you the much-needed confidence booster that you need to get your sex life back. In addition to being one of the most popular Chinese herbs, ginseng has been used in traditional Chinese medicine for around 2,000 years to treat everything from migraine headaches to recover from injury and illness. According to the U.S. National Library of Medicine, ginseng is used today by approximately 6 million Americans and is one of the best-selling herbal remedies in America. By giving an overall physical boost, it even specifically works to increase the energy needed for satisfying, and long-lasting sexual potency.

Ginseng has been used for sexual rejuvenation for generations because it contains components that increase sperm count by increasing blood circulation to the genitals. It has even been thought to balance hormones that are the source of sexual energy and stamina. Also according to the U.S. National Library of Medicine, it has even been shown to be effective with men who have erectile dysfunctions. The great part about ginseng is that you can take it in a variety of forms— capsules, chewing gum, teas, roots, candies, and even chewing gum. But it should be noted that ginseng is particularly effective when helping with libido when taken orally. There are also a lot of benefits that come when taking ginseng. For instance, ginseng helps with draining fatigue, and helps you be more alert as it also improves mental performance. To see these results, make sure you are taking your ginseng on a regular basis. Typically, experts recommend taking about 200 mg by mouth twice a day. Though you may not necessarily see results right off the bat, you should give it time. Some physicians suggest to stop taking ginseng for a week every five weeks to avoid any potential long-term side effects.

Nevertheless, like with any drug, you should be sure to be aware of the side effects that include: insomnia, high blood pressure, and depression. As ginseng can be toxic in dosages as low as 3 grams per day, it is important that you are not taking it in excess, and consulting with a physician. When consulting your physician make sure you let him or her know of any risk for breast cancer, high blood pressure, abnormal vaginal pain or bleeding, and any allergies. You should especially consult a doctor if you are either pregnant or trying to get pregnant.

As a surprisingly large number of species are grown around the world, including here in America, ginseng is widely accessible to people all over.  But, as the FDA does not regulate herbal medicines, it is important that you take special precaution when both taking, and finding ginseng. One helpful tip offered by The Food and Drug Administration is to look out for the products containing a “USP” notation. This means that the manufacturer followed the standards of the US Pharmacopoeia. But in the end, ginseng is not intended to be a so-called, “quick-fix.” Instead, it is meant to be combined with healthy living, and communicating with your partner.