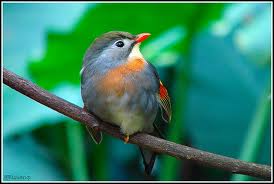 Women do a lot in the name of beauty, but would you go as far as to slather bird poop on your face? Before you raise an eyebrow or begin to shake your head, read on! Japanese culture puts a lot of emphasis on skin that is smooth, even, and utterly blemish-free. As a result, a centuries-old phenomenon known as, “uguisu no fun” is a fixture in Japanese culture. “Uguisu no Fun” literally translates into the less than desirable English phrase, “bird poop.” Nevertheless, it has been used and praised by Hollywood celebrities like David and Victoria Beckham.

Though made infamous by the Japanese, the Koreans first introduced uguisu no fun. The Koreans first used nightingale poop to strip dye from cloth, and to create intricate patterns on clothing. However, Geisha’s–or female entertainers– in Japan used it rather as the central part of their beauty routine. The surprisingly cosmetic powers of nightingale poop was discovered in response to a much needed remedy from the toxic chemicals–such as zinc and lead– found in the white make-up that the Geisha’s painted on their faces. To their delight, Geisha’s found that this nightingale poop not only removed their make-up, but it also helped heal and improve their skin. Now no longer a secret to only the Geisha’s, anyone can have that same iconic, porcelain skin. 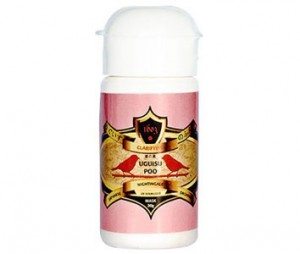 But if you think all you have to do is put bird poop on your face, you may want to reconsider. The process of making nightingale uguisu (poop) is actually a very intricate process. In fact, there are actually farms in Japan that exist solely to harvest this poop. Though wild nightingales may eat things like insects and berries, these harvested birds are fed special organic seeds. It is because of this safely controlled diet that makes it not only clean, but also safe for usage.  After the poop is scraped from the bottom of the cages, giant ultraviolet lights sanitize it. The poop is first dried out, and then grounded into a very fine powder. As nightingale excrement has natural enzymes and guanines, it creates a shimmery luster to your skin that others will invariably take notice of. Guanines, in particular, are also known to specifically clear troublesome acne-prone skin as it both bleaches and exfoliates.

The great part about uguisu no fun is that it can also double as a facial as well. To wash your face, you only mix a teaspoon-sized portion of this powder with water and massage onto your face. For the facial, you follow the same process only you leave it on for an additional fifteen to twenty minutes. An infamous New York City spa, Shitzuka New York Day Spa, actually charges a $180 for a facial that takes an hour. Nevertheless, you can still easily access uguisu no fun for a much lower cost through sites like EBay. Besides, what do you have to lose with a beauty secret that has been around for four hundred years?

Get your own Uguisu no Fun online: